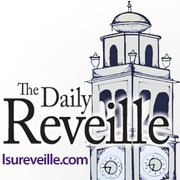 Dutch DJ and prolific electronic music producer Tijs Verwest, known to the music community as Tiësto, was scheduled to perform at the Baton Rouge River Center tomorrow night on his College Invasion Tour. Unfortunately, the show was canceled, but The Daily Reveille was still able to snag an interview.

TDR: Have you been to Louisiana before?

Tiësto: I have been to Louisiana. It’s a nice, wild sort of party [state], and people are really nice. It’s like from the movies.

TDR: Why is the tour called “College Invasion Tour?”

Tiësto: In general, I love to play at the colleges to give them the experience because I don’t think many of them ever saw me live.

TDR: What can students expect at your show?

Tiësto: We didn’t hold back on this tour. I bring the whole production with me, special effects. It’s going to be a mind-blowing experience.

TDR: Do you have any pre-show rituals?

Tiësto: Not really, but on this tour, I decided to play beer pong every night.

TDR: Well it makes sense for the college tour.

Tiësto: Yes, I picked it up on tour. Someone a couple of weeks back taught me, and I really like it.

TDR: I see that you recently released a single called “Work Hard, Play Hard.” With this in mind, how is the process of creating music now versus back in the day?

Tiësto: Nowadays, it’s not so long anymore, you can even make music on the road. I can log into my studio in Holland and see what’s happening on the screen there. It’s really easy now.

TDR: So when can we expect another full-length follow-up to “Kaleidoscope?” (“Kaleidoscope” was Tiësto’s last studio album released in Oct. 2009)

Tiësto: I have no plans for this year. I’m going to finish touring and wait a couple of months and work on new tracks, have a nice holiday and then hopefully in the summer I’ll have a new album ready. It will be a normal studio album.

TDR: You’ve worked with a lot of people in your career. Who would you say was your favorite collaborator?

Tiësto: I like Tegan and Sara a lot. I like to work with people who are fast. They have the ideas and creativity and certain things. I don’t like to be sitting around working on the same thing for days. Everything needs to go fast.

Tiësto: There’s so much good music out there. I’d love to work with Adele or Kanye West. When you hear great tracks, and you wish you made that one — like the

Tiësto: There’s so much good music out there. I’d love to work with Adele or Kanye West. When you hear great tracks, and you wish you made that one — like the Martin Solveig track ‘Hello,’ that’s a great track.

Tiësto: Yes. Like the ‘Allure’ project I’ve been working on, it’s really good dance music. It’s not what I am anymore, but I still like to make that type of music sometimes.

TDR: What would you say is the ‘Tiësto’ sound?

TDR: You have a lot of aliases. How did you get to ‘Tiësto’ and stick with it?

Tiësto: I’ve always made so much music, and with ‘Tiësto’ I’ve always had a certain [sound] in my mind. Like ‘Tiësto’ has to be this certain person with this kind of style music. And sometimes I make something with somebody or by myself and I think, ‘It’s good, but not “Tiësto.”‘ So then I have to find a new name for it.