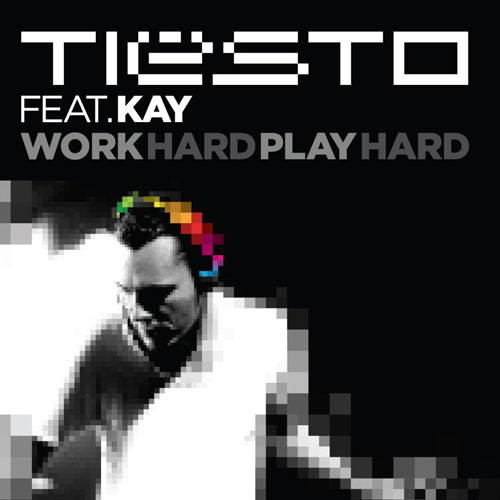 If you’ve never been to a Tiësto concert, you should know that you’re missing out on a seriously fun live experience, which is precisely what the Dutch house DJ wants you to know in his new video for ‘Work Hard, Play Hard (AutoErotique Remix).’

Tiësto’s famously squashed and squeezed beats feature proudly along this club hit, while the sultry and sexy vocals of Canadian singer Kay float along the top of the energetic rhythms. ‘Work Hard, Play Hard’ isn’t your typical concert video. Teaming up with SanDisk, the DJ called upon his wild fan base to film his recent Kaleidoscope World Tour with their camera phones and the result is one crazy party.

“The ‘Work Hard, Play Hard’ video shows how much a part of music the fans can really be,” Tiësto tells Spinner. “With the help of SanDisk, we were able to create the first-ever music video to be made using fan videos shot only from their mobile phones. It is difficult to get that perception of being at a show, but I think this video gets as close as you can get to being right there in the crowd!”

The world-renowned DJ will be coming stateside this fall for the Club Life College Invasion Tour, bringing the best of dance and beat-based rhythms to the nation’s campuses. As part of that, Tiësto is offering up a remix contest for ‘Work Hard, Play Hard,’ with the winner getting their version released by Tiësto’s label Musical Freedom and a chance to open for him.