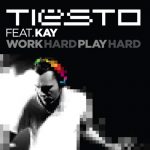 Tiesto announces the release of his brand new single “Work Hard, Play Hard” out today on his Musical Freedom imprint. Featuring vocals from Kay, the package indudes the original version and a remix from Toronto’s AutoErotique.

In June 2010, Tiesto announced a partnership with SanDisk to create a crowd-sourced music video using mobile phone footage from concert audiences around the world. Fans who attended Tiesto concerts recorded their concert experience using their phones and then uploaded their footage. Tiesto then hand selected his favorite fan-generated clips for use in the official music video of “Work Hard, Play Hard (AutoErotique Remix)”. The end result Is the world’s first music video made entirely by fans with their mobile phones and captures the energy of a live show like no other video could.