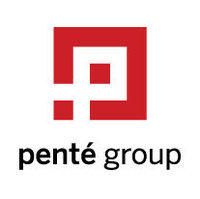 The first product of the relationship will be an official Tiësto fan app, which is scheduled for a fall release. It will feature a customized streaming radio player that includes the complete two-hour weekly episodes of Tiësto’s Club Life, which according to Penté Group is the most subscribed to artist podcast on iTunes. Users also will be able to create a personal streaming library within the application and access exclusive and advance content.

“With Tiësto’s massive fan base, constant touring schedule and social media activities, our partnership will have an enormous global reach and surely be a great success,” said Basil Bouraropoulos, chairman and CEO, Penté Group. “Being a fan myself, I think his followers will be extremely happy with our focus to bring the Tiësto experience to a mobile platform, while improving Tiesto.com and creating relevant social media layers for true fan interaction and engagement.”

The award-winning Tiësto (pictured) has nearly 10 million followers on Facebook and receives over 500,000 unique views a day on YouTube, as well as being in the top 1 percent of influencers on Twitter. He has worked with artists like Nelly Furtado, the Yeah Yeah Yeahs and Goldfrapp, and as a performer he was ranked one of Billboard’s Top 25 biggest grossing global touring acts of 2010.

“I’m excited to partner with Penté Group to bring my fans closer together in the online and mobile space. We have some great things in the works!” said Tiësto.