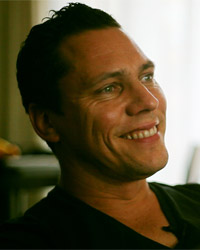 Everybody knows Tiesto, the super DJ that attracts millions of people every year. But who is the person behind the artist? The Dutch television show “Profiel” made a portret of the worldwide icon.

What’s left of the shy boy that learned to be independent pretty soon in his life? The boy that deliverd pizza’s and cleaned toilets. The boy that wasn’t the best in anything, but keeped on going until he got what he wanted. At 7 years old he drove to school in de bus alone, at his 28th he made it as an artist.

His colleagues describe him as a hard worker, someone who makes music with lots of passion as a pioneer, an example who exactly knows what his audiance wants.

Tiesto, from an average boy from a working class area till a worldwide superstar. KRO’s “Profiel” went in search about the true face behind the superstar!

Or watch the Tiesto documentary below: