After a pretty succesfull college invasion tour in 2011, Tiesto decided to do another tour in the USA in 2012. The idea is that Tiesto visits a few college venues and will probably end in a big ass stadium. Details will follow soon, it’s not announced yet where the “College Invasion Tour 2012” will be held. Tiesto college invasion tour 2012 announced: 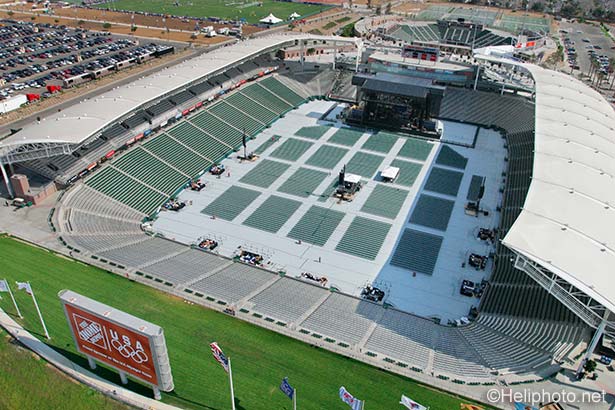 Tiesto is going to set a Dj record in the U.S.

Tiesto is closing his upcoming college tour with a big and long bang: The largest single-headliner DJ show in U.S. history. In Europe & South America there have been bigger venues for Tiesto, for example 100.000 in Rio on the beach or at least 35.000 in the Gelredome in Arnhem at his famous Tiesto in Concerts. So this will be the first time in the U.S. On October 8, the Dutch super-DJ will play the 26,000-capacity Home Depot... 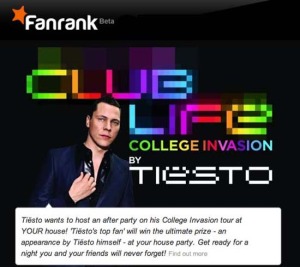 Do you want Tiesto to visit YOUR house party?

Want the chance to say Tiësto came to your house party after a show on his College Invasion Tour? Promote Tiësto online and his top fan will win the ultimate grand prize – an appearance by Tiësto himself at YOUR house party!  Even more, the top fan each week will win prizes ranging from tickets, VIP upgrades, meet & greets, merch, signed vinyl, and more! Click the image above to sign up with Tiësto’s Fanrank on his...