Another interview with Tiesto during festival SWU in Brazil, the 11th of October 2010. 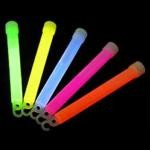 Tiesto hates glowsticks and wants to ban them

Okay, for those of you keeping score at home, Tiesto officially likes Sneaky Sound System, favourable reviews and long walks on the beach, but do you know what he hates above all else? Yep, glow sticks. Clearly still bearing a vendetta against all sticks of the fluorescent variety, Tiesto has put his foot down on the issue, barring anyone from bringing a glow stick to his upcoming show at Liverpool’s Echo Arena in Britain. According...

Papaya 2008 with interviews from Tiesto & Freemasons