Australia, 18-11-2009, There’s been a lot of talk this year about dance icon Tiesto’s dabblings away from his traditional trance roots, which has seen the powerhouse DJ take up with a band of merry indie types as well as Dizzee Rascal and Sneaky Sound System. Whilst the man’s most recent album Kaleidoscope has managed to divide opinions, there’s definitely one thing that fans can agree on unanimously, and that’s that they’re over the... 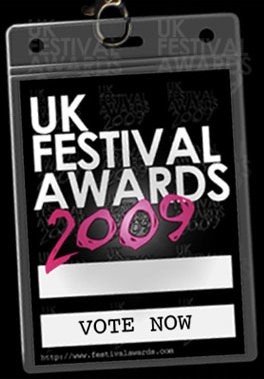 Vote for Tiësto in the UK Festival Awards

Vote for Tiësto in the UK Festival Awards and win VIP tix to the winning festivals! Delen Gisteren om 22:20 Tiësto has been nominated for Best Headline Performance in the 2009 UK Festival Awards for his set at Creamfields! Click here to vote for Tiësto in the Best Headline Performance category and you could win 2 VIP tickets to EVERY winning festival! VOTE NOW (polls close November 4th)